(April-June, 2012) What started as a promotion to understand the behaviors and interests of the Quakes’ social community, became an extensive season-long partnership and opportunity to increase ticket sales.  The biggest take away for me was to always look for creative applications to your data analysis and be ready to make small pivots that lead to big opportunities.

The San Jose Earthquakes and Alaska Airlines offered fans a chance to win free tickets to a Quakes game and an unforgettable trip to paradise.

Scott Druskin, VP of Corporate Sponsorships at the San Jose Earthquakes and GAGA Sport & Entertainment partnered to create a contest that gave away trips to Cabo San Lucas, Hawaii, Reno/Tahoe, or Los Angeles through the ‘Score a Direct Kick’ contest.

In addition to the contest being promoted on the San Jose Earthquakes website, social media pages and in multiple emails to fans, members of the Quakes’ Street Team encouraged fans to enter the contest on their GAGA Supported iPad Version at various locations. 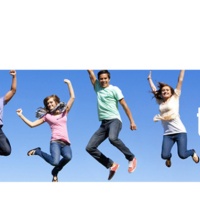